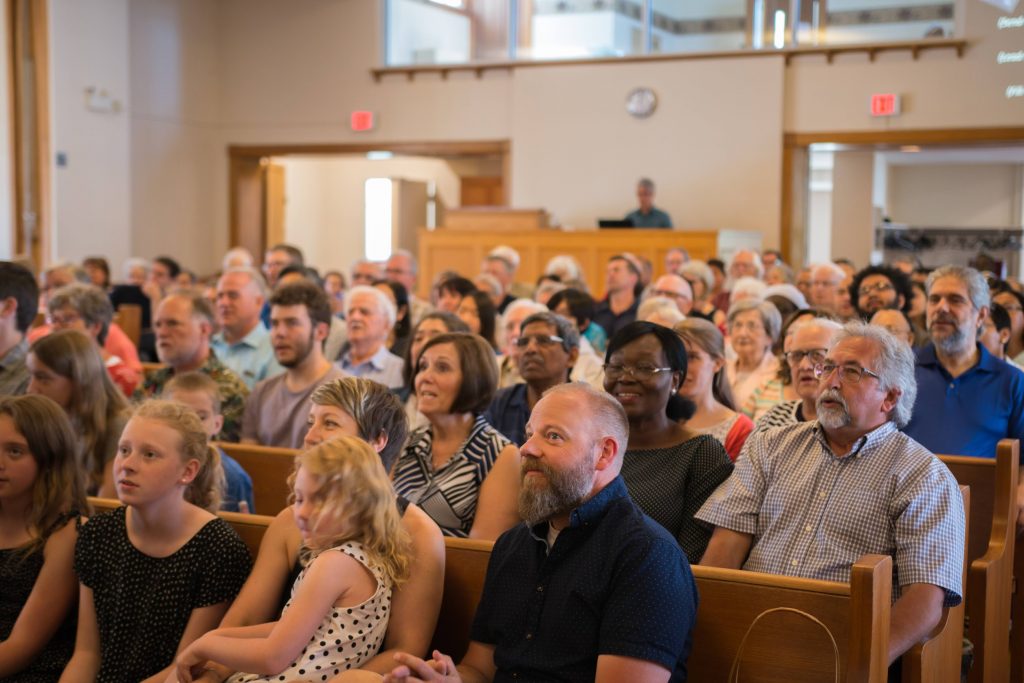 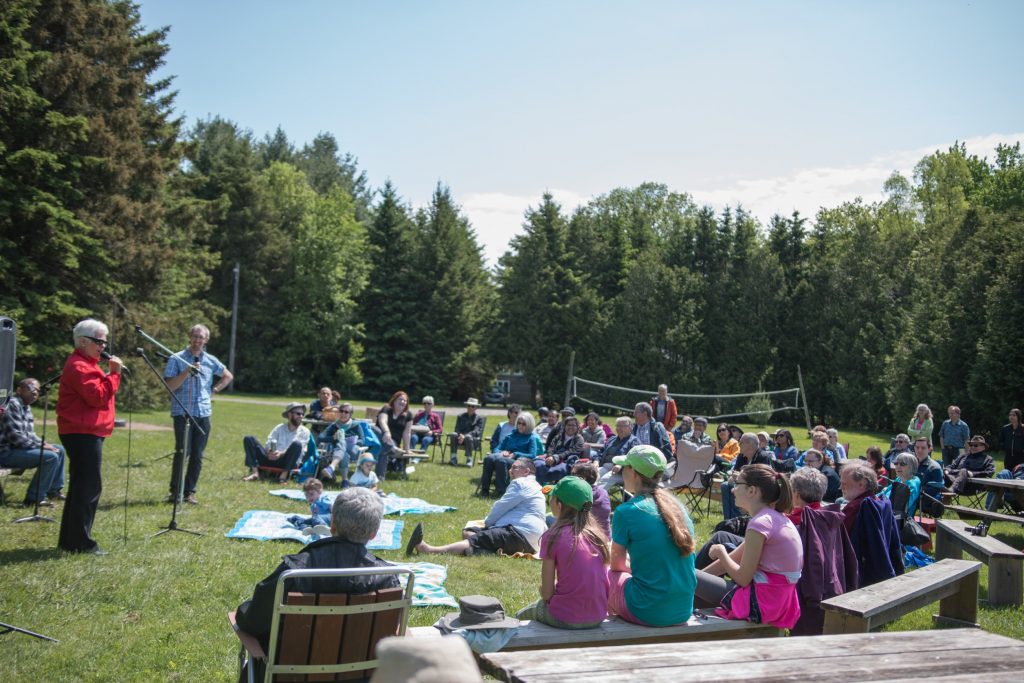 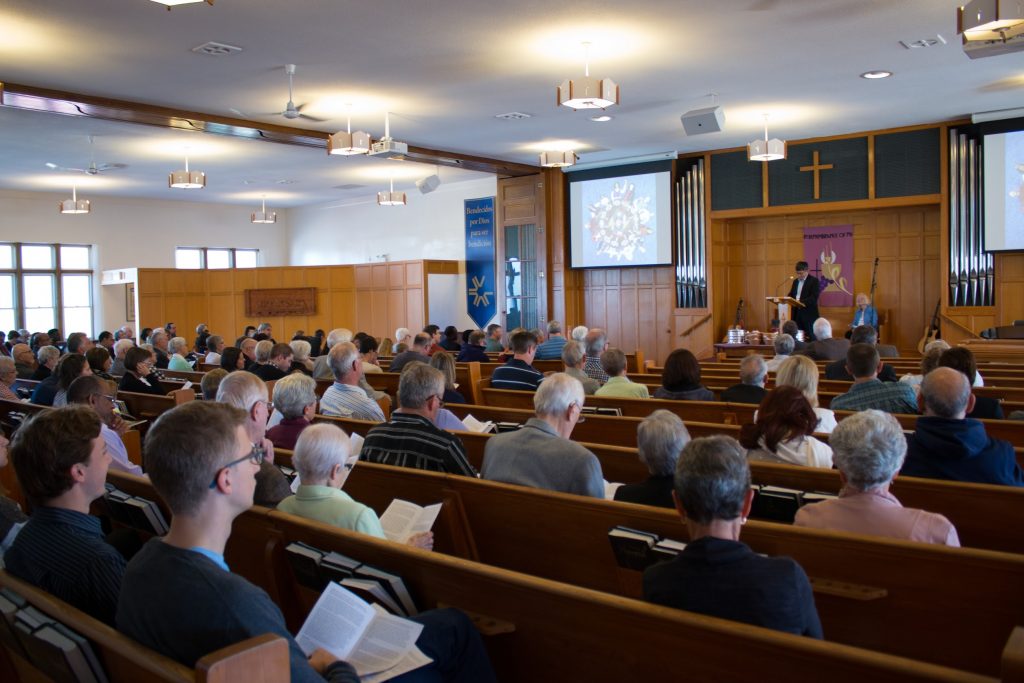 First Mennonite Church is a conventional church with an unconventional story. And we’d love for you to be a part of it!

In the late 1700’s a stream of Mennonites began migrating from Pennsylvania to Upper Canada. By the early 1800’s they reached the land on what is now Kitchener-Waterloo, and established a settlement there.

We now understand that this land was part of the Haldimand Tract, a highly disputed tract of land, traditionally inhabited by the Neutral, Anishnabe and Haudenosaunee First Peoples. Looking to the future, we are committed to deepening our learning about this land’s history, and to pursuing reconciliation and right relationships with our indigenous neighbours.

The Mennonites who arrived in the early 1800’s established a settlement known as Eby’s Settlement. These families met for worship in homes, and later in a schoolhouse. In 1813, a log building was built where the church now stands. The building was replaced twice, in 1834 and in 1902. The 1902 building remains the center section of the present day church. The building became known as First Mennonite Church in 1917.

More recently, the First Mennonite community has opened its doors, and has been transformed, by newcomers to Canada. Following the sponsorship of several Southeast Asian refugee families in 1979, a group of Hmong from Laos joined the community, before moving into their own building and naming their congregation “First Hmong Mennonite Church”. Beginning in the 1980s, refugees and immigrants from Central and South America have steadily arrived, now making up a vibrant Hispanic Community. Today, First Mennonite is a spiritual home to individuals and families who come from many cultures and countries. Our church building is also home to Shalom Worship and Healing Centre (Eritrean congregation), Immanuel Matu Chin Church, as well as other cultural and special interest groups that meet during the week.